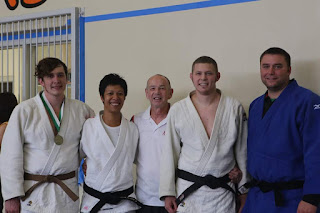 September 17, 2016, four members of the Hollis Park Judo Team traveled to Channahon, IL to compete in the 2016 Illinois Judo Championships. Blaine Duhs competed at +100 kilos, Joe Taylor weigh-in -100 kg, Stefan Habsburg was -90 kg and, due to lack of competitors at her normal weight, Grace Talusan was placed two divisions up from her normal 63kg to -78kg.
For Blaine, who is scheduled to compete at Veteran’s World Judo Championships in November, the event was an important measure of his preparatory schedule. Blaine persevered against, up and coming, players to capture gold.

On his way to a Gold medal, Joe Taylor exhibited major improvements in skill, tactics and confidence. Joe’s performance at the 2016 State Championships augurs well for participation in upcoming events that can lead to national ranking.

In spite of the fact that this event was, only, his second tournament since knee surgery, Stefan comported himself well in a fourth place finish. Return to form, as a nationally ranked player, is a challenging process and Stefan has both the courage and skill to accomplish the objective. For Stefan, the 2016 State Championships was a milestone in that journey.

Although Grace was, just shy, of the medals in fourth place, she did not allow a 20lb deficit to prevent a strong performance. Since beginning her training with the Hollis Park Judo Team, Grace has demonstrated steady improvement in all aspects of her Judo. Grace will, also, be competing at Veteran’s World Judo Championships and her, exponential, improvement suggests good things to come.

Congratulations to Grace, Blaine, Stefan and Joe! You have made us all proud! Hollis Park Judo Team’s next event will the Gateway Judo Tournament on October 1st. 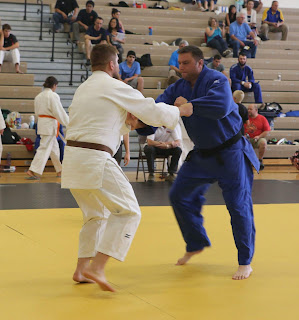 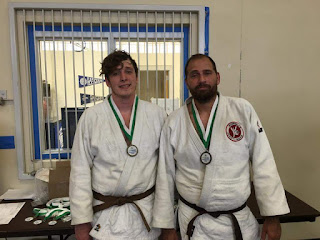