Here are a few pictures from the World Team Camp at Pedro's Judo Center. Blaine Duhs was invited to attend this year. Our team is excited to hear his stories when he gets back.

10 points if you can spot Blaine! 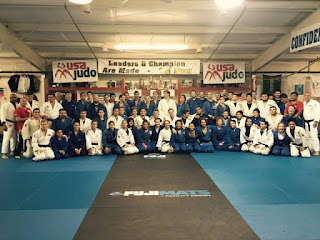 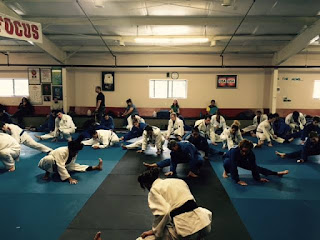 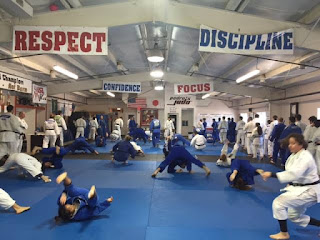 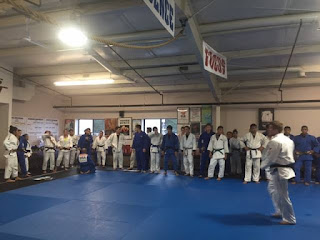 Below is an update from our very own Blaine Duhs. Blaine is up in Boston training with the Olympic Judo Team.

Things are going great. Vitamin "I" (Ibuprofen) is being consumed on a regular basis.

Getting lots of rounds with the world team. Jacobs, Stevens, Iminov, Tjedehara, Brown and Porter. Crockett is here but battling with a torn calf muscle. Haven't been able to roll with Harrison (Kayla Harrison - Olympic Gold Medalist) yet but the week is still young. Speaking of young, wow am I old!!  Lots of spry young talent down here wanting a piece of this old fart. Too much energy for me so I have to knock some wind out of there sails to slow them down a bit.

I am taking tomorrow morning's session off to rest a strained neck. But other then that loving the judo!!!