It was an exciting weekend as part of our team headed up to the Cohen Brothers Judo Center for a clinic with Olympic Champion Ilias Iliadis from Greece. Members of our team who attended were Coach George Weers, Stefan Habsburg and Natalie Habsburg. Unfortunately, video and photos were not allowed but as soon as the official photos are posted, we'll share those. (see updated pictures below)

The highlight of the day was when our own Stefan Habsburg was able to throw Ilias. Ilias offered to take on anyone who wanted to fight him for 30 seconds. Lots of judoka stepped forward for a chance to take on the Olympian. Stefan was about 12th in line. He moved around with Ilias for a few seconds before throwing him with a kouchi gari (little inside foot sweep) and rolled him into an English hold-down. They stood up and Stefan again took Ilias down be getting around his back and rolled him into an arm bar. Stefan was the only judoka to throw Ilias. This was extremely encouraging to Stefan to see that he could indeed go toe to toe with a world champion.

Also extremely encouraging, was the fact that Ilias taught aspects of judo that our team already practices on a regular basis. This included, staying loose and not stiffening up during drills; not deciding before-hand a throw but reacting to your opponent's movement; and realizing how important grip fighting is in a match. Ilias demonstrated his famous over the back grip and also his signature seo nagi throw.

Another highlight of the day was Natalie Habsburg getting to meet and work out with Lynn Roethke. Lynn is an Olympic Judo Champion and has done so much for women's judo. You can read more about Lynn HERE. 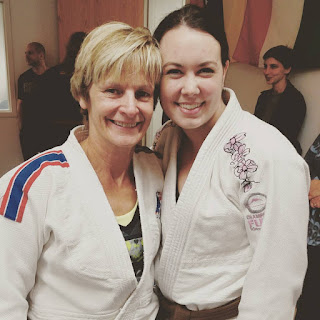 It was an intense four or five hours of judo but an incredible experience for our team members. Those who went are excited to share their experience with the rest of our team so be sure to come to class these next few weeks!!


Below are some pictures taken by the Cohen Brothers Judo Club. See if you can spot our team members! 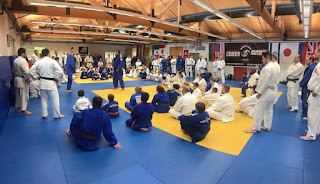 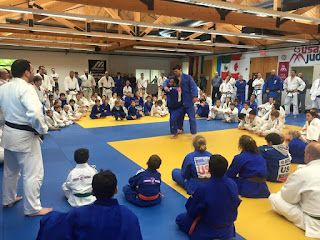 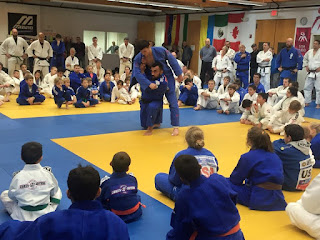