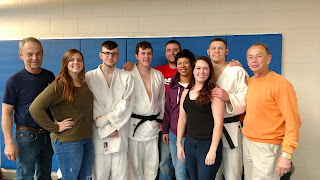 Hey
everyone! Wanted to give a quick recap on the events of the day. The team was in Savoy, IL at the 2nd annual Midwest Collegiate Judo Championships. We started the day off with Ken Tiessen and Natalie Habsburg testing for their final brown belt ranks in front of Sensei Eiko Shepherd and Sensei Doug Tono. This was a grueling test that took over an hour and in which Ken and Natalie demonstrated standing techniques, ground techniques and an overall knowledge of the language and art of judo. Thanks to Stefan Habsburg for being uke (demonstration partner) and taking falls. Congratulations to Ken and Natalie on their promotions.

Then the tournament matches. Ethan B. fought twice in his weight division and though he did not come away with any medals, he played marvelously - especially as this was his first competion. Joe Taylor fought twice in his division as well and fought hard even with an injured hand. Stefan Habsburg had one other competitor in his weight class and won both matches against his opponent to take home the gold. Blaine Duhs had a slightly larger pool of competitors but won all his matches and also took home gold.

And lastly, our players participated in the team competition. Ethan B. was drafted to fight for Indiana's team since they were in need of another team member. Blaine, Stefan, and Joe made up the majority of Illinois's team along with two other players. As a team, they fought three times and won, becoming the Champion team. More gold medals!

Congratulations to everyone on your stellar performances! Videos are being uploaded and will be posted soon. 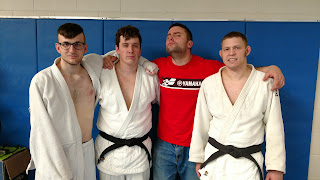 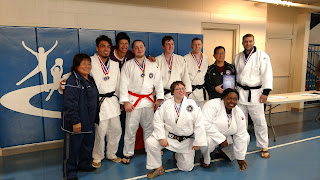 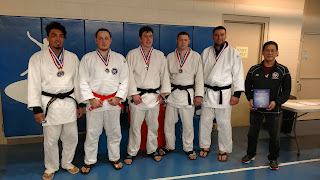 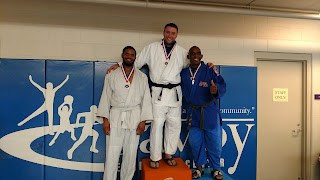 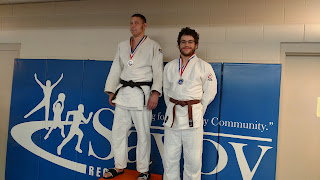 Posted by Unknown at 5:02 PM No comments: